Under the directives of His Highness Sheikh Mohammed bin Rashid Al Maktoum, Vice President and Prime Minister of the UAE and Ruler of Dubai, His Highness Sheikh Maktoum bin Mohammed bin Rashid Al Maktoum, Deputy Ruler of Dubai, Deputy Prime Minister and Minister of Finance and Chairman of the Dubai Securities and Exchange Higher Committee, today launched the Dubai Future District Fund, with an initial purse of AED1 billion, along with the Fund’s website, www.futuredistrictfund.com. The move is part of the Dubai Future District’s (DFD) ongoing efforts to support startups in the field of technology and encourage them to list in the Dubai Financial Markets and stock exchange.

The Fund, an initiative of the Dubai Securities and Exchange Higher Committee, will focus on supporting efforts to implement the directives of His Highness Sheikh Mohammed bin Rashid Al Maktoum to establish 1,000 tech companies in the country within five years and increase startup investments from AED1.5 billion to AED4 billion.

He added: “The Fund aims to realise the vision of His Highness Sheikh Mohammed bin Rashid Al Maktoum to establish 1,000 tech companies in the next five years, by supporting Dubai’s digital economy and companies that adopt future technologies and develop new economic sectors of the future.”

His Highness Sheikh Maktoum bin Mohammed stressed that the Dubai Future District Fund supports national efforts and strategies aimed at enabling entrepreneurs to reach new horizons, realise Dubai’s aspirations for the new economy, and contribute to enhancing the emirate’s status as a preferred destination for global talent that offers an integrated investment environment and exceptional facilities.

His Highness Sheikh Maktoum also approved the appointment of Sharif El-Badawi as CEO of the Dubai Future District Fund. In this role, the new CEO will drive efforts to support Dubai’s development into a destination for regional and global technology startups and boost its position as a hub for talent and game-changing ideas.

As an enabler of Dubai Future District’s other initiatives, the Fund seeks to fill a funding gap in the MENA venture capital (VC) market by investing in technology startups in the early stages of growth. It aims to invest in local and regional funds, as well as attract leading international VC funds to establish a presence in Dubai.

The Dubai Future District Fund seeks to build an innovation-driven startup ecosystem to enhance the global competitiveness of Dubai’s future economy. As part of its mandate, it will invest in a range of key initiatives, including Dubai Future Accelerators, DIFC FinTech Hive and Venture Builder Studios.

The Fund is ideally positioned to attract startups from the MENA region and beyond that can develop innovative solutions for future local, regional and global challenges. It will also support the scale-up of top-performing startups through growth capital and follow-on rounds of investment and attract VC firms to Dubai through a fund of funds programme.

The Dubai Future District Fund has named Sharif El-Badawi as its CEO, who will play a pivotal role in quickly ramping up the team and executing the Fund’s strategy of contributing to the economy of the future. He will oversee the provision of financing for DFD’s innovation ecosystem, support promising projects and build partnerships with investment capital funds from around the world, in addition to supervising the implementation of the short- and long-term strategic objectives of the Fund. These include developing Dubai’s startup ecosystem, catalysing its growth by direct investment in startups, and encouraging local, regional and global funds to invest in the ecosystem.

Sharif El-Badawi was a founding Managing Partner of Plus Venture Capital (+VC), one of the leading seed stage investment firms in the Middle East and North Africa region. Previously, he co-founded and managed the first US-based venture capital firm with a dedicated fund for the MENA region. In his role, he managed the startup MENA fund, 500 Falcons, which has invested in over 180 startups across 15 countries.

In addition, Sharif serves on the board of San Francisco Bay Area-based non-profit firm TechWadi, where he was the chairman of the board from 2015 to 2019, helping to build meaningful bridges between MENA startups and Silicon Valley. He also serves on several advisory boards for startups, organisations and governments in the MENA region and Silicon Valley.

Prior to his career in investing, Sharif was the Partner Lead to VCs and startups at Google where he worked with top tier VCs and their most promising startups on strategies that bring Google’s capabilities to their businesses. Sharif earned his Master of Business Administration from University of California, Irvine, Merage School of Business and his Bachelor of Science in Neuroscience from the University of California, Los Angeles.

Omar bin Sultan Al Olama, Minister of State for Artificial Intelligence, Digital Economy and Remote Work Applications, noted that the launch of the Dubai Future District Fund constitutes a new step in consolidating the UAE’s leadership in digital economy while boosting Dubai’s attractiveness as a global destination for innovators and startups specialised in future technology. It also contributed to the success of many VCs and tech-driven startups such as: Careem, Mumzworld, Souq and others.

He added that investing in the development of the entrepreneurial ecosystem is a major pillar of national efforts to diversify the economy, support local talent and attract global expertise. He also highlighted the importance of providing appropriate financing options for emerging companies to develop and implement their ideas and expand their businesses.

Essa Kazim, Governor of DIFC, said: “Innovation has always been a cornerstone of DIFC’s strategy, delivering on the vision of His Highness Sheikh Mohammed bin Rashid Al Maktoum, Vice President and Prime Minister of the UAE and Ruler of Dubai.”

He added: “DIFC continues to be the business destination of choice in the region for businesses focused on innovation and the new economy. They will benefit from the Dubai Future District Fund and in turn contribute to Dubai’s economic growth. The fund and other key initiatives emanating from the Dubai Future District will allow us to continue elevating Dubai’s status as one of the world’s most advanced cities and leading financial centres.”

Helal Saeed Al Marri, Director General of Dubai’s Department of Economy and Tourism, said: “The formation of the Dubai Future District Fund is a significant milestone in the emirate’s journey to become a global entrepreneurship hub, fast-tracking our new economy development agenda ahead of most other nations in today’s new normal. Providing capital for startups and scale-ups across the innovation and technology ecosystem positions Dubai as a magnet not only for top talent but also for the international investor community. Reflecting the vision of His Highness Sheikh Mohammed bin Rashid Al Maktoum, the Fund testifies to our commitment to delivering the most conducive value proposition for sector-agnostic business growth.”

Khalfan Belhoul, CEO of DFF, said that His Highness Sheikh Mohammed bin Rashid Al Maktoum’s vision for the future of Dubai resulted in the development of a unique ecosystem to design the future through testing and adoption of the latest innovative technologies. He also highlighted the importance of public-private partnerships in achieving this vision.

He added: “The Dubai Future District Fund will help accelerate Dubai’s journey towards the future, as well as the positive outcomes of investing in the tech sector to support fields such as health, education, finance and government services, and the practical implementation of specialised projects in the economy of the future.”

Khalfan Belhoul noted that the Fund provides an interactive platform that brings together government and investment agencies with innovators, startups and entrepreneurs with the aim of enabling them to leverage the Fund’s facilities, initiatives and financing options to enhance their contribution to developing the most promising emerging sectors.

Arif Amiri, CEO of DIFC Authority, said: “DIFC is playing a crucial role in helping Dubai become a leading global start-up hub and developing its innovation proposition. We have already built the largest and most comprehensive FinTech and innovation ecosystem in the region which has resulted in over 60 per cent of start-ups in the GCC making the DIFC Innovation Hub their home. We will work with these start-ups to leverage the Dubai Future District Fund whilst applying our expertise to drive both the future of finance and future economies more broadly. In turn, we will be supporting efforts to realise Dubai’s ambitions for the digital era.” 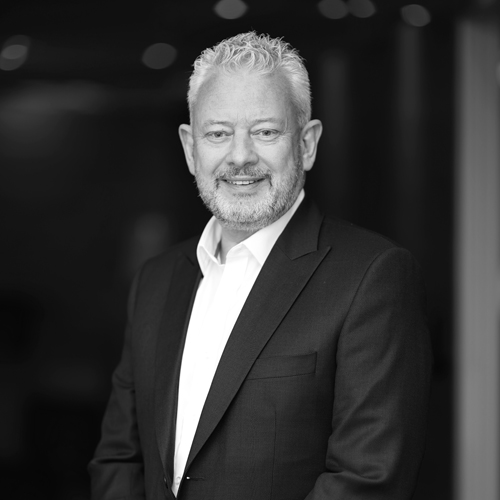